Dmitry Morozov ::vtol:: will fully exploit the ESP8266, a low-cost Wi-Fi microchip with full TCP/IP stack and microcontroller capability. Project will be developed over 3 stages, from very simple to more advance. 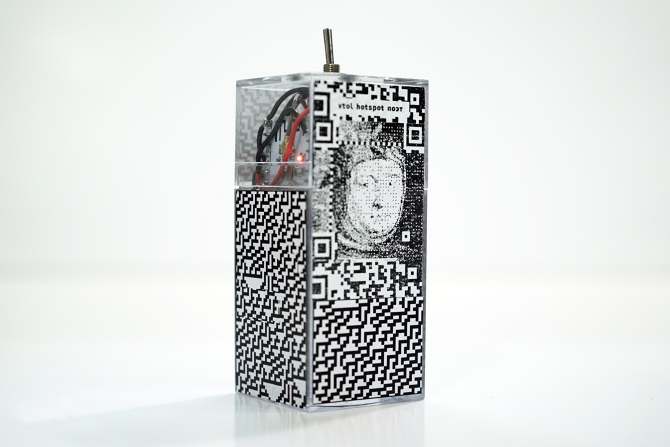 First stage of project is focused on creating hot-spot poetic machines, an autonomous micro-device which distributes Wi-Fi masked as wireless network, visible to any gadget such as a smartphone or a laptop. The device is automatically renaming its network every 10 seconds, taking as its name various lines of poems by famous poets.
The goal of the second stage is to create crazy Wi-Fi name SSIDs spam machine, similar to this one.
The third round of the projects gains to create a machine that can be used to create your own network, chat,… your personal internet actually. Hot Ninja is a multifunctional network device for autonomous activity in the city environment. Its main function is communication and propaganda through the Wi-FI wireless standard. This is the hacktivism DIY response to attempts by the authorities in different countries to control the Internet. And should be fun to try it out in the mountains!