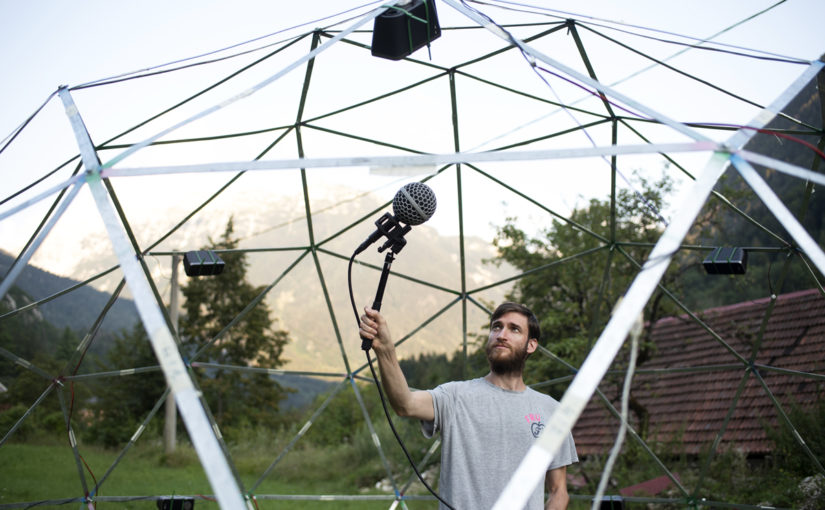 The DIY ambisonic dome 2 is a continuation of last years project by Blaž Pavlica, who experimented with spatial sound synthesis and processing. This time Blaž will experiment with synthesis of the 3D sound fields and new sound effects possible in ambisonics format with the SuperCollider programming and livecoding environment.

Ambisonics is a spherical surround sound format, which in addition to the horizontal placement also contains sounds above and below the perceiver. Unlike other formats, its channels do not carry signals for individual speakers, but a representation of a spherical sound field, which is independent from the number of speakers. Because of this, it allows more freedom in the speaker placement, as signals representing the sound field can be decoded into any applicable sound system. In addition, it allows the sound producer to think about the spherical origin of sounds instead of having to deal with the final sound reproduction and opens new possibilities for sound synthesis and audio effects, because it broadens the ubiquitous stereo field which represents one dimension to three. The format was developed as early as the 1970s, yet it has only recently been gaining a bigger popularity, mainly because of patent expiration and use in gaming audio and virtual reality.

Live coding is the process of creating music or visuals with code. The code is written in programming languages that can generate audio or video and support changing or replacing it while it runs without stopping.