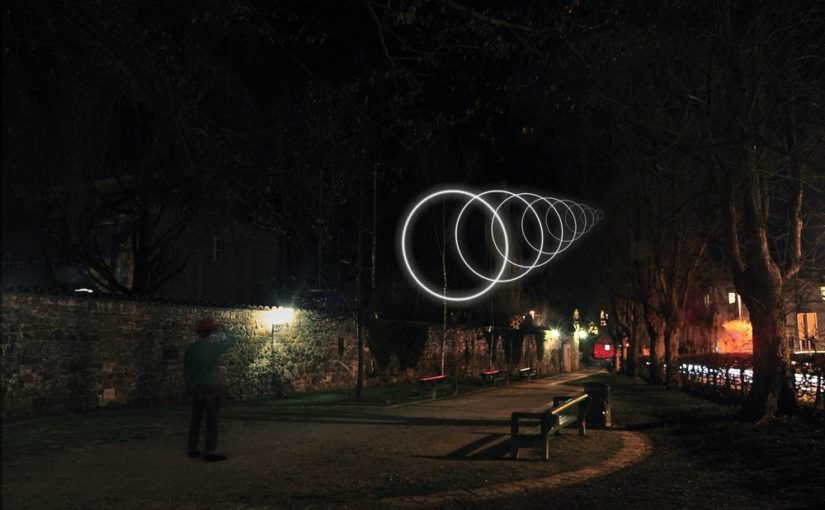 Wavescope, the lighting project by Janez Grošelj, deals with an abstracted visualization of lightwaves as a phenomenon that can transfer energy, light, sound and information through space. The specificity of various forms of waves, all kinds of oscillations around a stable equilibrium are reflected, in spite being generally omnipresent, in the fact that they are unavailable and inaccessible to human senses. The wavescope thus attempts to bring the viewer closer to the invisible world: a set of light rings arranged in space creates a lighting abstraction whose purpose is to raise and stimulate human awareness and admiration of this interesting phenomenon through a simple but visually effective form.

The projects was developed as part of Lightning Guerrilla Festival.